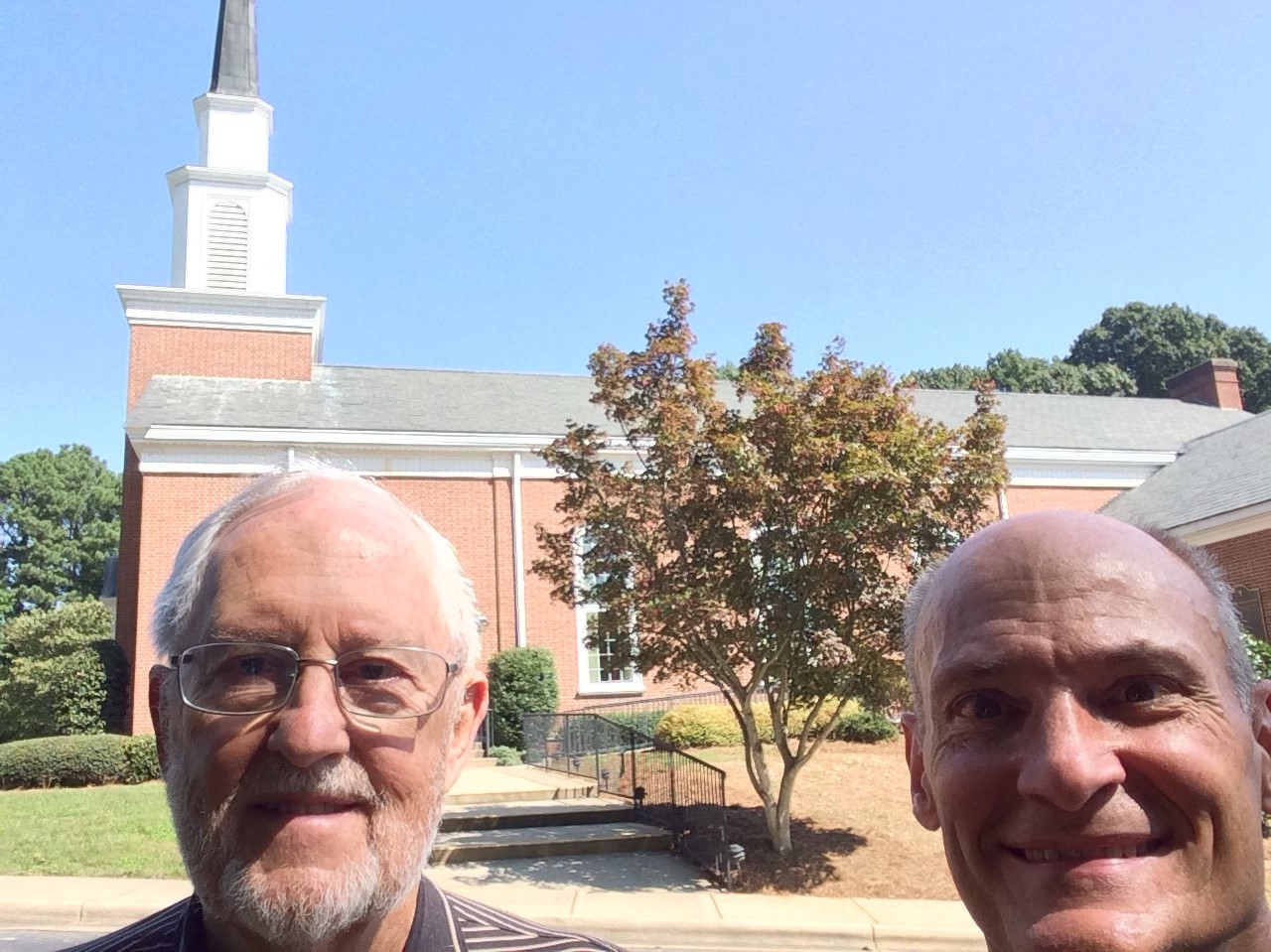 “I was so homesick,” said Pastor Dave Keck Jr thinking about his first summer as a camper. “I was crying to go home. On Tuesday, I got a letter from my parents. They must have left it with my counselor instead of mailing or it would not have reached me in time. I remember removing the stamp and sending a letter back. It read, ‘I want to come home. I forgot my toothbrush. I don’t like it here.’”
In true camp fashion though, time at camp changes us. By Friday night of his first week of camp, young Dave Jr. was crying because he did not want to leave.
Dave’s story, like so many others, is a story of a lifetime. The Keck family camp story started back at the beginning, in 1951 when Pastor David Keck Sr. was 12 years old. His father was a professor at the seminary, and he spent a week at camp while his dad served as Chaplin that very first summer. “I fell in love with camp,” said David Sr. “It was the people that made camp, camp.”
Both father and son have years of camp stories and memories, but like most good camp stories, what makes the stories good and memorable are the people. The people who helped them feel valued and safe, and those who were just lots of fun to be around.
“I was part of Confirmation Cluster #5,” said David Sr. “We spent a week together every summer for years and have continued to meet once a year for a meal. Camp was the foundation of my faith formation and continued to be through adulthood.” While some of his colleagues and camp friends have passed, the love and fellowship of the relationships remain strong for David Sr.
Dave Jr. feels the same. “For me, I appreciate watching relationships over time extend up and down and from side to side. Those who were once your campers go on to be colleagues. Those who were my counselors then adopted me into ordained ministry. I think about people like (Pastors) Philip Martin, Rhodes Whooly, Jeff Lindsay, and Chris Webb. The model remains the same,” said Dave Jr. “The leadership brings us in, teaches us, equips us and trusts us. It meant a lot to have that level of trust placed in me as a staff person – it is a true discipleship model – a sharing of the keys.”
Since 1951, this model hasn’t changed, and it is a model used at all NovusWay camps. Forming faith and developing leaders has always been a direct impact of camp. Summer camp changes the lives of campers, but just as important, it changes the lives of counselors.
As we consider the loss of summer camp this year due to the health risks of Covid-19, we at camp are mindful of the loss of a summer of faith formation and leadership development. We are mindful of what this will mean for our churches and communities, and we are resolved to do the work to get back to the fullness of this work we are called to do as safely as we are able. During this time, your continued financial support of the ministry, your continued telling of your camp stories, serve to maintain those up and down and side to side relationships. Continue to be sparks camp friends – until that time when we can once again all gather safely in these holy places set apart.
Print and read at home: November 2020 Up and Down, Side to Side