Board of Trustees President, Charles Bridgers and Acting Interim CEO of NovusWay Ministries, Leonard Bolick  are pleased to announce that Richard D. Peterson, or Dick as he likes to be called, has accepted the invitation to be the Intentional Interim CEO of NovusWay; as an interim position, Dick will help the ministry until the time is right to search for a permanent CEO.  He comes to us from Kiwanis International, We are delighted to welcome Dick to NovusWay Ministries. 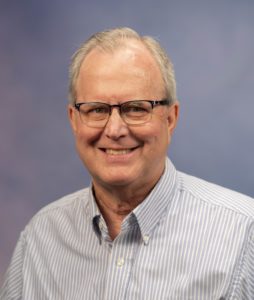 Richard D. Peterson, or Dick as he likes to be called, is a long-time Lutheran and active choir member. His camp journey began in the 6th grade when he attended choir camp at Camp Augustana in Lake Geneva, Wisconsin. It was here that his passion for camp ministry began; he said, “it was a mountaintop experience on the shores of that beautiful lake.”  After those initial experiences as a camper, he went on to serve as a camp counselor at a camp in Minnesota, where his passion for working in outdoor ministry was really kindled. He has been a volunteer in the American Camp Association (ACA) for many years. He is a Lifetime Certified Camp Director from the ACA.

He says, “to quote Robert Frost; ‘I took the road less traveled and that has made all the difference’; Dick has spent his career serving at various camps and other youth-serving organizations.  He knows first-hand that camp is a powerful community that can be instrumental in the faith formation of youth and adults. He is excited “to be coming home to Lutheran camps” and looks forward to meeting and serving our camp community.