NovusWay Ministries, in partnership with the McLendon family, are taking active measures to save Hemlock trees around Camp Lutherock in Avery County, North Carolina. Lutherock is a 768 acre site that boasts a 518 acre conservation easement protected into perpetuity.  John and Connie McLendon are neighbors of Lutherock. “Hemlocks are an important part of our ecosystem, especially in the coves of the headwater streams and along the North Toe River,” said Mr. McLendon. “These evergreen trees provide shade to keep the water cool for native brook trout and other aquatic species, and habitat for certain birds and other terrestrial species.” Unfortunately, between 2000 and 2013, Lutherock and many other areas in the Southern Appalachians experienced a massive die-off and die-back of Hemlocks due to severe infestation by an invasive insect, the Hemlock Woolly Adelgid (HWA). Many of the large Hemlocks died and most of the remaining trees of all sizes were damaged.

In January 2014, a polar vortex brought extreme cold weather to the area with temperatures of minus 15 degrees Fahrenheit. This substantially reduced the HWA infestation. Over the next several years, the remaining Hemlocks began to recover and there was visible evidence of new Hemlock seedlings growing in the forest. Sadly, and as anticipated, the HWA infestation also began to return and has now reached a moderate level. Individual trees can be treated with pesticides to control HWA, but that approach is not practical for an entire forest. In addition, we don’t want to use pesticides if there is a natural alternative.

Fortunately, scientists have learned that a small black beetle named Laricobius nigrinus, which is native to the Pacific Northwest, and is a specific predator of HWA on western Hemlocks, can be released in the Appalachians to control HWA on eastern Hemlocks. This has been done successfully in Banner Elk and in the Grandfather Mountain area, but only a few of those beetles have made it over the ridges into the valley around Lutherock.

Through our partnership with the McLendon family, NovusWay worked with Dr. Richard McDonald, an entomologist, and Lear Powell, an arborist, to assess the Hemlocks at Camp Lutherock and to release some beetles from the State of Washington. To collect the beetles, Dr. McDonald holds an umbrella upside down under Hemlock trees while tapping branches with a stick. If beetles are present, some of them fall into the umbrella and can then be put in a container for transport to the release site. In late January of this year, 600 Laricobius nigrinus beetles were released at Lutherock and 300 more on the McLendon property, at a cost of a little over $5.00 per beetle.

“We are hopeful that these releases will establish a population of natural predators to keep the Hemlock Woolly Adelgid under control,” said Craig Rieger, Executive Site Director for Camp Lutherock. “Our objectives are to save as many as possible of the large Hemlocks that are still alive, to allow for natural regeneration of Hemlocks in the forest, and eventually to restore the Hemlock ecosystem at Lutherock for our grandchildren and future generations,” said Mr. McLendon.

Funding was provided by John and Connie McLendon and the McLendon Family Foundation. “NovusWay is grateful to the McLendon family for giving generously to this effort through their financial resources and their expertise,” said Mr. Boyd Harris, CEO/Executive Director of NovusWay. “Camp Lutherock is a valuable and beloved part of our environment and ministry and we appreciate having neighbors like the McLendons who share our love of God’s creation.” 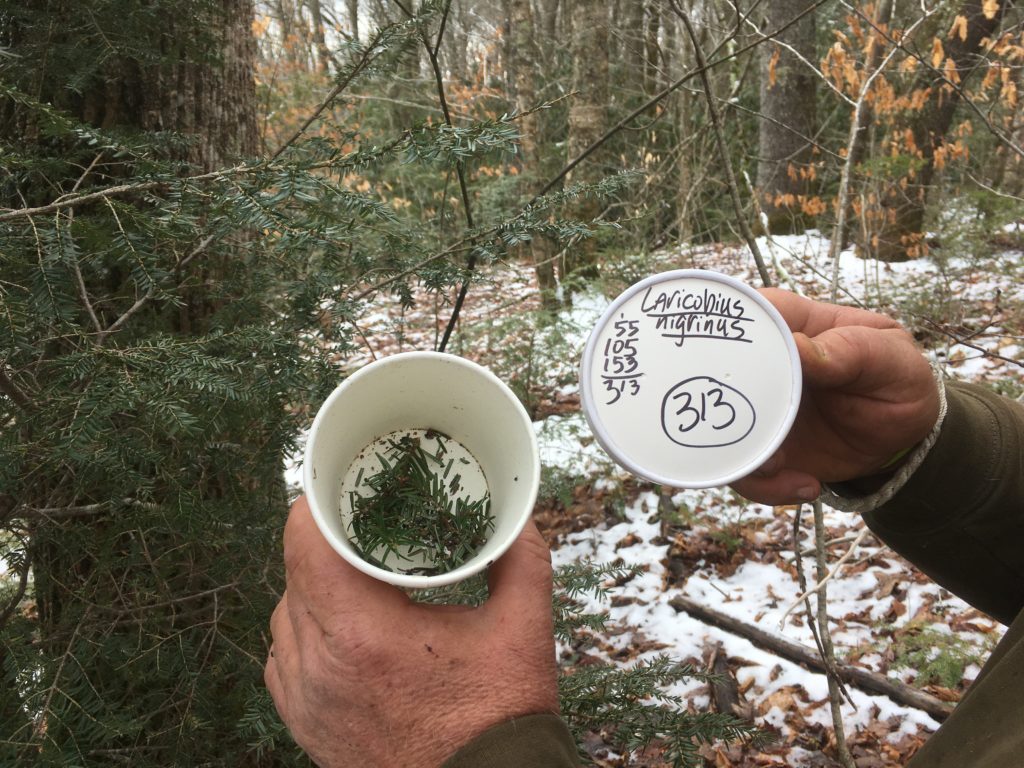